Folk festivals and events in Florence 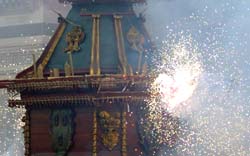 On Easter Sunday there is the most important festival of the city of Florence: the outbreak of the truck. The event consists of a cart full of fireworks pulled by six white oxen from Porta a Prato until dome. During the Mass celebrated in the cathedral, a rocket shaped like a dove dall'altare more wind along a cable onto the truck began to explosion of fireworks.

The origins of this feast are to be found during the first crusade, when a certain Pazzini de 'Pazzi, head of the contingent Florentine in return from the crusades in Florence, he was given the task of keeping the fire lit the Sabbath holy, an honorary post that he turned into a real feast up a ceremonial chariot that carried the fire across the city. All his descendants continued to hold the party until the Pazzi conspiracy of 1478, by that time it occupied only the city authorities. 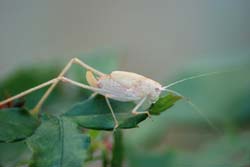 This particular festival is organized in the Cascine Day. During this festival folk tourists will be able to see, among bencarelle and festaiolo, the typical vendors of crickets (the crickets were once true, now there are fake due to the protests of environmentalists) locked up in tiny cages of wood. The crickets are then released nell'erba as a sign of good luck. It is a rite that goes back much probably the time in which the peasants had to clean their fields by insects. There are reports that date back to a popular tradition that the young people put a shackle to the front door of their loved one because he serenade. 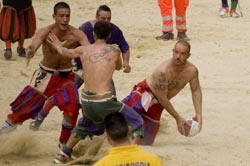 St. John the Baptist is the patron saint of Florence, his feast is celebrated June 24 with a series of impressive fireworks in Piazza Michelangelo and the first game of Football History Fiorentino , Which is played strictly in sixteenth-century dress, the lot that evokes the real game during the siege of 1530. This event is divided in three games played in the last week of June, usually in Piazza Santa Croce and Piazza della Signoria . Each team is represented by the four districts of Florence: Santa Croce in green, red San Giovanni, Santa Maria Novella in blue and white in the Holy Spirit. The winner must be a calf that will be roasted and then divided among the four teams and the inhabitants of the district winner.

This is a beautiful festival that takes place September 7, the day of the Nativity of the Virgin, with a procession of lanterns carried by children up to Piazza Santissima Annunziata. Every child with a lantern parade colored inside with a candle in memory of the days when the inhabitants of the countryside around Florence marched towards the city in the light of lanterns for the feast of the Virgin. After the procession followed by a parade of floats and the festival continues through the streets of Florence, with stalls, music and entertainment.

Is celebrated in October. Florence is one of the Italian branch, after Bologna, covered by the most important events. Of course in addition to meetings of a political nature, are arranged restaurants, musical events, stalls and concerts with the most important Italian and international music.

Florence capital of Art, Fiesole and the Chianti